Ghetto Fingers - On The Move 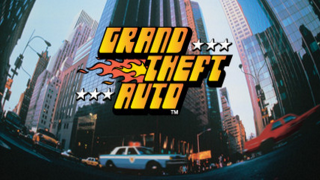 On The Move is a song from the original Grand Theft Auto credited to the fictional band Ghetto Fingers, it was produced by in-house musician Colin Anderson. It is the first song that was created for the game that was included in the final version and was meant to show the rest of the team that a 60 minute soundtrack could be done. The songs that followed were Grand Theft Auto and Automatic Transmisson, which were produced by in-house musicians Craig Conner and Grant Middleton.

The full version of this song can be found on Colin's soundcloud.

It's out of sight x4

It's out of sight x4